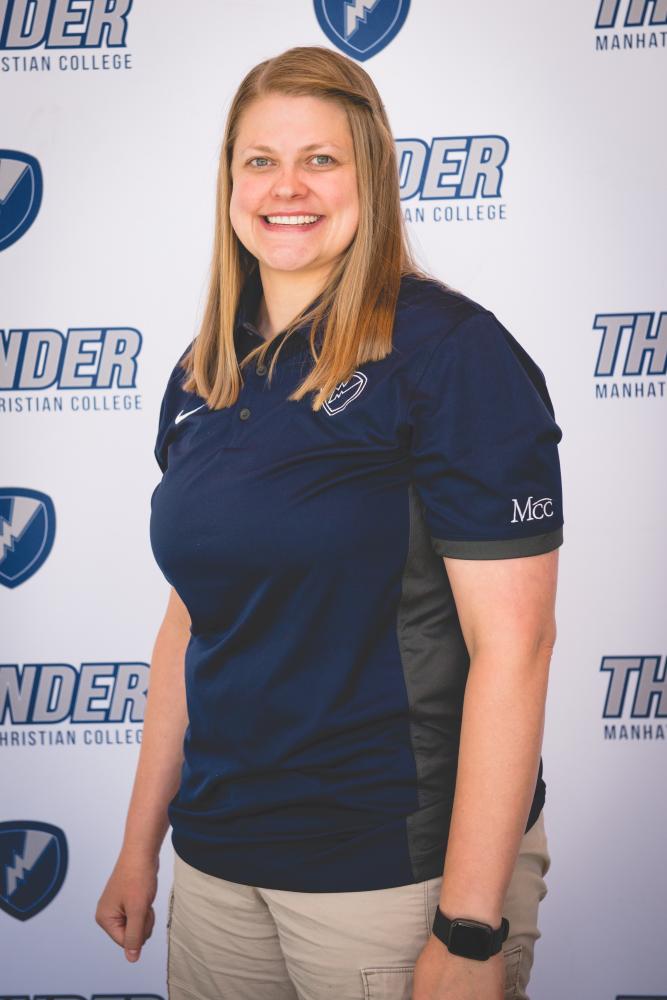 Mindy Eckert is heading into her third year as the Head Women’s Basketball at Manhattan Christian College. In her first year (2020-21) the Lady Thunder, who played a big part of the season with only 5 players, finished with a record of 5-12 record. Year two (2021-22) saw much growth as the ladies went 8-16 and finished 4th in the Midwest Christian Conference.

Prior to, Eckert served 2 years as an Assistant Coach at MacMurray College (NCAA DIII). While at Mac, Eckert played a vital role in helping to rebuild the women’s program. Having made great strides in the right direction, year 3 was looking very promising for the Lady Highlanders but the 2019-2020 was the last season, as MacMurray College closed their doors in May.

Eckert’s coaching journey started back in 2010 when she became an Assistant Coach for a small Catholic High School in Leavenworth, Kansas (Immaculata High School). From 2010-2014 she helped coach basketball (at both middle and high school) and also softball. The summer of 2015 she was offered the Assistant position at John Wood Community College. Eckert spent 3 years at John Wood, 2 years as the Associate Head Coach.

Eckert, originally from Effingham KS, graduated in 2007 from Atchison County Community High School. After high school, she attended Bethel College for 2 years but later transferred to the University of Saint Mary where she continued her athletic career and graduated with a degree in Biology in 2012.