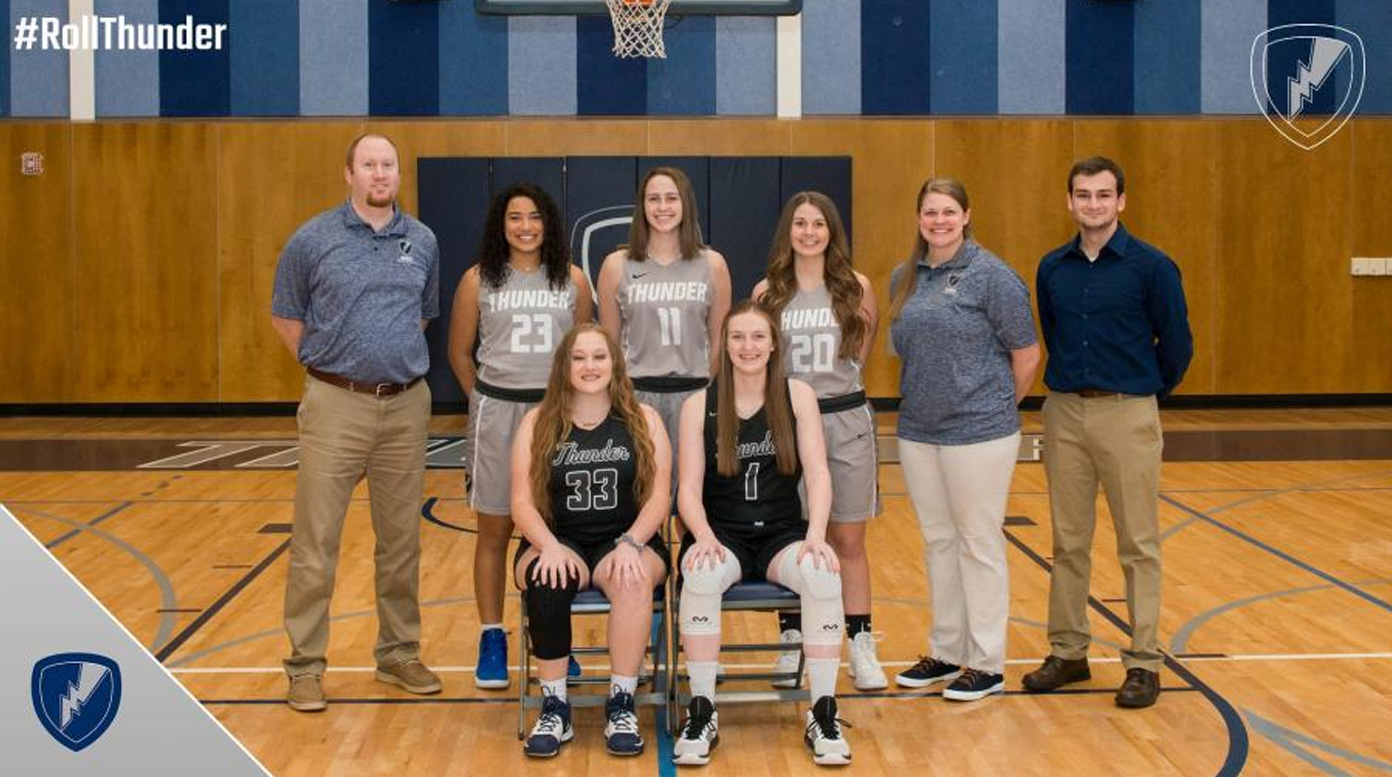 Breathe. After a season of so much uncertainty that's exactly what the coaches and players for the men's and women's basketball teams feel like they can finally do. Coming into the 2020-21 seasons both teams had to deal with all the inconsistency that the COVID-19 pandemic had created. Along with that, the women's basketball team was under the direction of a new coach for the 4th time in four seasons and searching for direction. The fall semester proved to be a waiting game as the shorthanded roster was impacted directly by quarantines and isolations and was unable to play a game until Januaray. And then, when they did finally open up, they had the privilege of hosting the soon-to-be 2021 national champions in the Lady Tigers from Champion Christian College. The five woman roster would compete well in early January after falling to Champion, losing their next two contests by a combined six points, before finding the win column on January 13th against Southwestern Adventist University 76-45. The win would be the first career victory for new head coach, Mindy Eckert. Through the remainder of January and into February the Lady Thunder would find a recurring theme of close games. In that stretch, they would return two more to the roster before rolling into the conference tournament as the #6 overall seed. In the first round MCC would match up with the host, Emmaus Bible College, where they would drop the contest. With the known end of the season approaching, the Lady Thunder would rally through injuries and a short bench to knock off Central Christian College of the Bible in the consolation semi-finals and then Faith Baptist Bible College in the consolation finals to earn a fifth place finish at the conference tournament and finish the season at 5-12 overall.

The ladies were paced all season by the freshman out of Ft. Worth, Tx, Roni Harris. Harris would earn second team all-conference and second team all-region honors averaging over 21 points per game. She was named NCCAA DII Women's Basketball Player of the Week in January after her 39 point explosion on the road at Central Christian College of the Bible. Regardless of what happened on the floor, the ladies would continue to be hitters in the classroom where senior Kennedy Wilson and juniors Darby Cook and Jordan Lewis would earn NCCAA DII Scholar-Athlete awards. The Lady Thunder are projected to return a majority of their roster along with continuity with coaching for the first time in a half-decade as Coach Eckert will return to the helm. Expect a big leap forward from MCC Women's Basketball in 2021-22.

The men's basketball team would share many of the same experiences as all of the other teams on campus in regards to COVID. The team battled through 10 schedule changes, seven cancellations along with several different delays. The team would spend time in a two week pause and individuals on the team would spend time in quarantine and isolation causing them to miss several games on their own. On top of all that, in February, the team experienced tragedy beyond anything they could have imagined and through that, they persevered and pushed themselves to a successful season in which they finished 18-11 overall winning the Midwest Christian College Conference regular season and conference tournament titles while making a trip to the NCCAA DII national tournament. Going into the national tournament as the #6 overall seed, the Thunder would find themselves matched up with the #3 seeded Johnson University Royals. The contest would prove to be one of the most memorable tournament games in recent history as MCC climbed out of a 12 point deficeit with four minutes left to force overtime. In the extra frame, MCC would once again dig themselves out of a hole and with 2.4 seconds remaining, sophomore Jordan White, would bring down a rebound and bury a 75' foot three ball to force a second OT. In the second extra frame, the Thunder would fall 92-97 as multiple members of the team fouled out as time was running thin.

White would be named an NCCAA second team all-american along with first team all-region and conference MVP during the season. Junior, Nate Awbrey, earned NCCAA Scholar-Athlete status while also being named to the third team all-region and honorable mention all-conference. Sophomore, Taymont Lindsey, was named to the second team all-conference while senior Jeff Butler earned NCCAA Scholar-Athlete status as well. Unprecedented times have led to unprecedented roster moves as many of the current team, including the three seniors, will be returning for an additional season of eligibility that will leave expectations for the 2021-22 season high.