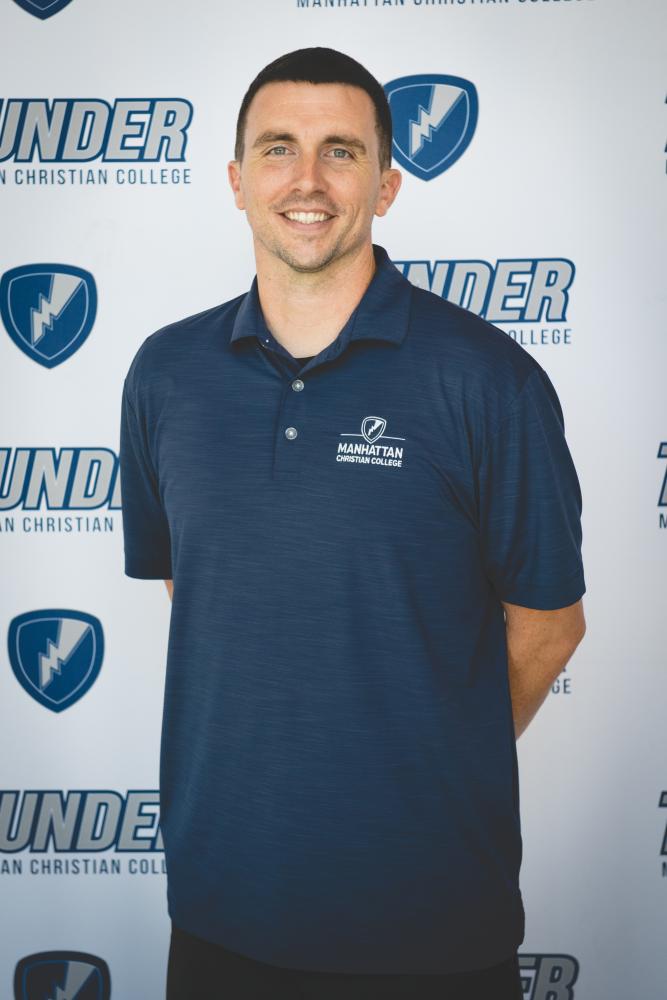 Jordan Strom enters his fourth year as the Head Men's Basketball Coach at his alma mater and sixth year overall as a Head Coach. In 2019-20, his first year as the Head Men's Basketball Coach at MCC, the Thunder finished 19-11 winning the Midwest Christian College Conference and the NCCAA Southwest Region titles while finishing the pandemic shortened season as the #2 seed at the NCCAA National Tournament. In 2020-21 the Thunder repeated as Midwest Christian College Conference Champions and claimed the Conference Tournament Championship along with an Elite 8 appearance at the NCCAA DII National Tournament. The Thunder finished 18-11 overall and fifth in the final NCCAA DII Coaches Poll of 2021. The 2021-22 version of the Thunder finished the season 24-9 and 11-1 in conference play winning both the regular season and conference tournament titles. MCC would advance to their fourth NCCAA Final 4 in school history and finished #3 in the final NCCAA Coaches Poll.

Before his return to MCC, Strom served in the same role from 2017-2019 at Dallas Christian College. In his first year as the Head Coach at DCC, the Crusaders made a big leap forward improving their win total by 16 games finishing the year 18-9 and qualifying for the 2018 NCCAA National Tournament where they made an Elite 8 run and finished 5th in the nation. Strom has been named the NCCAA Southwest Region Coach of the Year in 2018, 2020 and 2022.

In five seasons as a Head Coach, Strom has an overall record of 87-57 along with a 27-3 record in conference play. His teams have been to four NCCAA National Tournaments with three Elite 8's and one Final 4 appearance while winning 3 regular season conference titles, 2 conference tournament titles and one NCCAA Region Championship. Strom has coached seven Academic All-Americans, four NCCAA All-Americans, eleven NCCAA All-Region players, 7 All-Conference players and three Midwest Christian College Conference MVP winners. Coach Strom also serves as the Vice President for Student Life at MCC and earned his B.S. in Christian Education from MCC in 2011 and his M.S. in College Student Personnel/Academic Advising from Kansas State University in 2016. Jordan and his wife, Becca, live in Manhattan with their nine year old daughter, Harper and their eight year old son, Pierce.