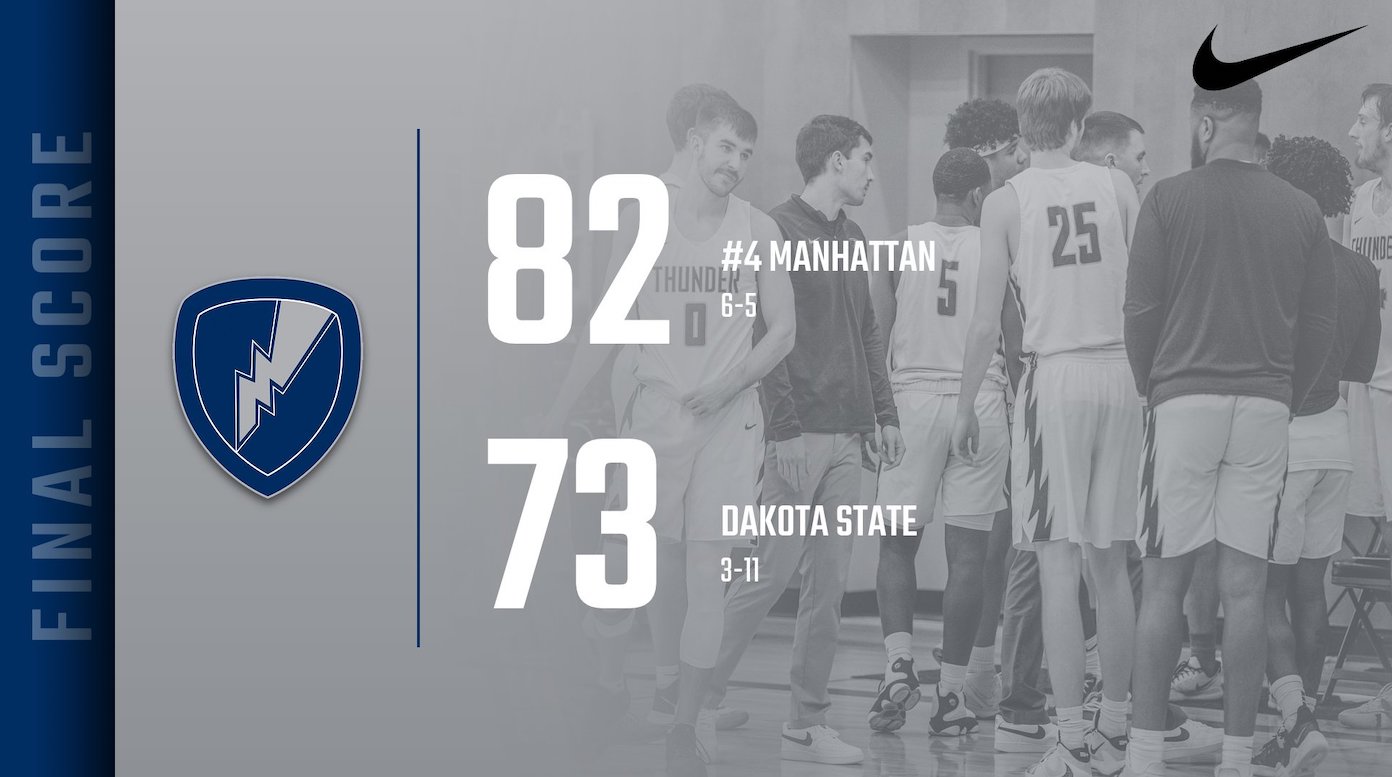 The last game before break can always be tough to get up for. With thoughts of being home for Christmas fresh on the minds of the men's basketball team they welcomed the Trojans from Dakota State University to the HAC for one final game before going home for a small break.

"That last one before break can always be interesting," said Coach Strom, "but these guys came out ready to play today and it was fun to earn a win against an NAIA team to finish the semester."

The contest tipped off at 1:00 pm and was a back and forth affair during the first 12 minutes. MCC would find themselves up by five, 22-17, at the 8:42 mark on a Ferdinand Handy put back, but the Trojans would not be denied as they would cut the lead to only one less than a minute later on a Ronnie Latting jumper. Latting would finish one rebound shy of a double double for the Trojans with 17 points and 9 rebounds. Over the course of the next several minutes the game would go back and forth until the Thunder finished the half on a 7-0 run on back to back layups from Garrett Harmison and a 1/2 court running three pointer from Dyelan Reed to go up 37-28 at halftime.

The second half would be more of the same as MCC and DSU would go back and forth with the Thunder holding on to a 10 point lead. DSU would cut it to a five point deficit at the 8:40 mark of the second half on a Deshawn Kelly layup. That would be as close as the Trojans would get as MCC answered back with a 10-4 run capped off by an and one layup from Jordan White with 6:14 left. MCC would be up eleven at that point and hold on to win the game by 9. MCC had nine guys find the scoring column and would assist on 20 of their 26 made field goals and

"Proud of these guys for sure. Everyone in the gym contributed to today's win and we saw what we could do if we played for each other with everyone hitting their roles to perfection," stated Strom.

The Thunder are now off until after the New Year when they travel to McPherson College for a quick game on January 3, 2021 before jumping heavy into conference play.