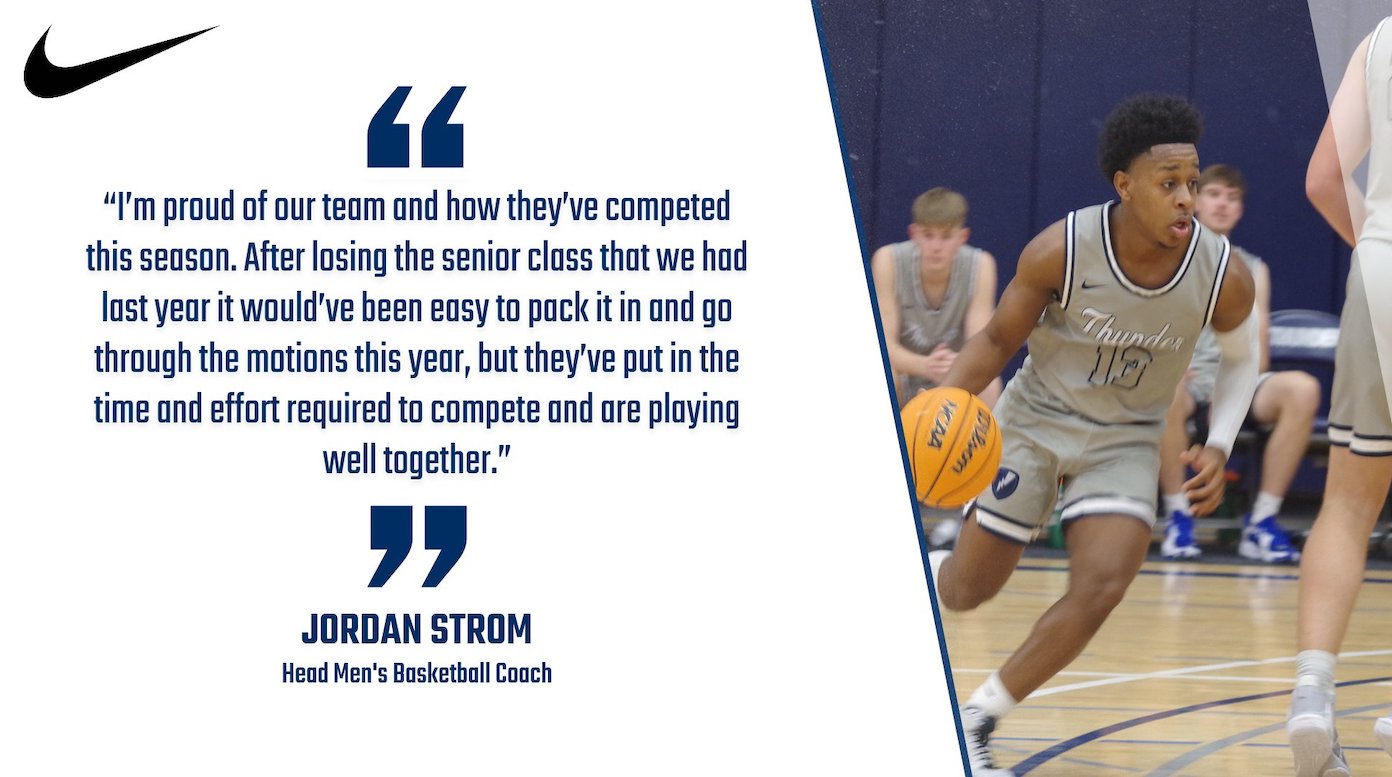 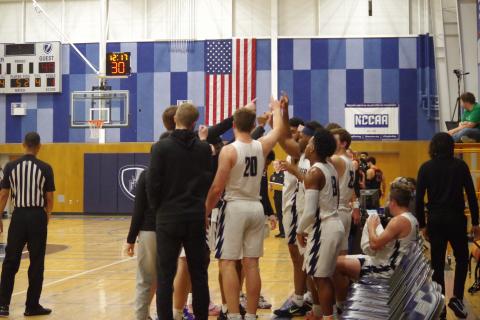 For the first time in the young season the #8 ranked Thunder squad went on the road for a Top 10 matchup as they traveled to Overland Park for a date with the #2 ranked Falcons from Kansas Christian College. Throughout the young season both KCC and MCC had posted similar records with similar results. The game started out like a boxing match with both teams feeling out the process. MCC would jump out to an early 9-3 lead with under 15 minutes to go, but KCC would answer taking a one point lead around the ten minute mark. On the backs of their seniors the Thunder would push out to a first half lead by as many as ten points before finishing the half up 42-36.

The second half would start in a furry of made baskets as senior, Ferdinand Handy, Jr., got hot knocking down four 3 point shots in the span of six possessions capping off a 14-2 run to begin the second half. KCC would get right back into it though and answered with an 8-0 run of their own. The game would become a back and forth affair in the second half ending with the Thunder taking home a 5 point win on the road against the #2 team in the country.

"I'm proud of our team and how they've competed this season. After losing the senior class that we had last year it would've been easy to pack it in and go through the motions this year, but they've put in the time and effort required to compete and are playing well together," commented Head Coach Jordan Strom.

The Thunder will be back in action on December 8 as they travel to Madison, SD for a date with the Trojans of Dakota State University.