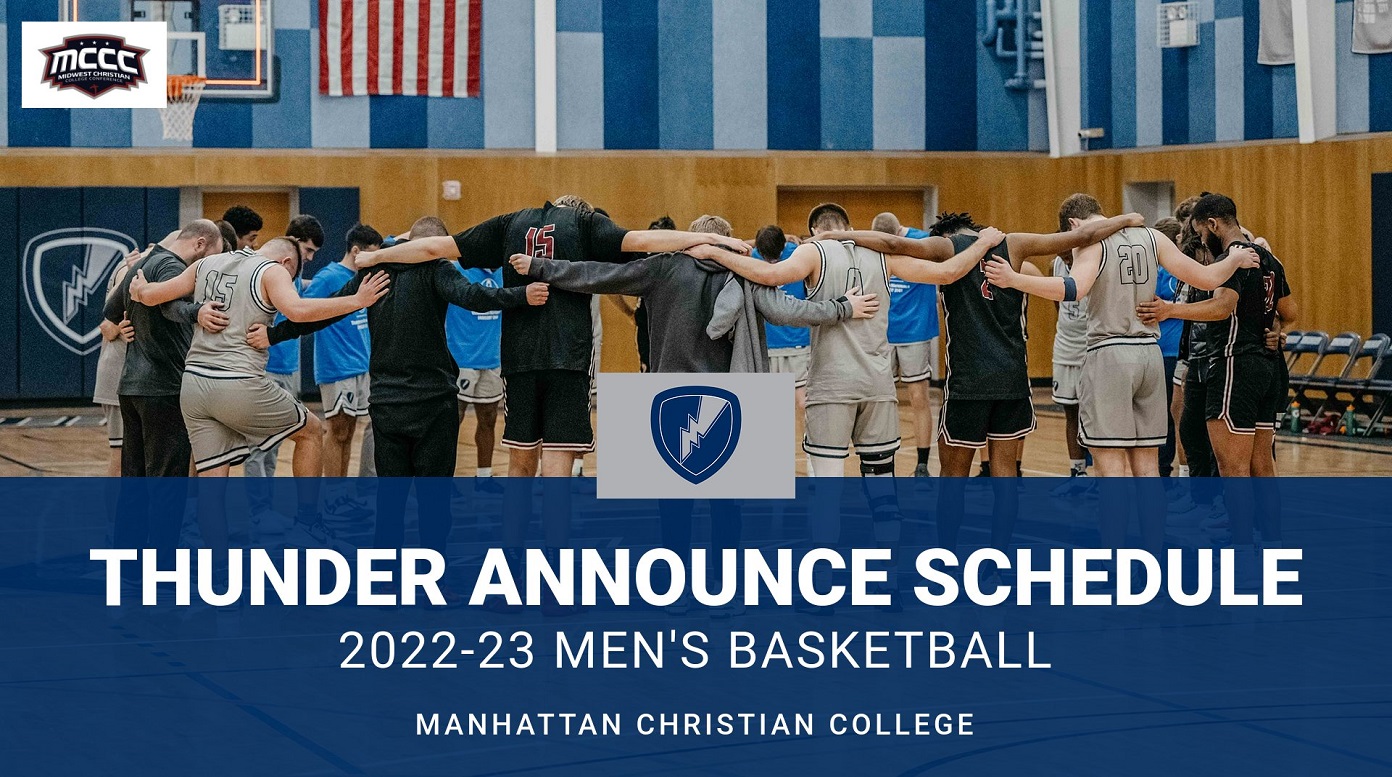 A very motivated Thunder squad is excited to announce the upcoming schedule for the 2022-23 season. After an outstanding season last year, the Manhattan Christian men's basketball team is looking to build off and make another run to the National tournament.

"I am excited about this group. With 10 guys back from last years final four team and the 5 new guys we brought in, it's been a fun team to be around so far. I can't wait to get after it at the end of October!" stated head coach Jordan Strom, who is heading in to his fourth year at MCC.

The Thunder will get the season started off on October 29 at home against Southwest Region foe, Southwestern Adventist University. From there, they will compete in the Central Christian Classic for Christ in McPherson, KS the first week of November, leading them in to a string of road games. MCC's non-conference schedule will consist of five NAIA schools, like Kansas Wesleyan University and Doane University. The team will also play against four Division II teams early including Fort Hays State University and University of Nebraska-Kearney.

Before conference play opens up in January with the MCCC Midseason Classic held at Calvary University, the Thunder will have played Randall University and Kansas Christian College first semester, both in the SW Region. The first home game coming back from Christmas will be on January 14 when they host Central Christian College of the Bible in a double header with the women.

Conference tournament will be held this year in Haviland, KS on the campus of Barclay College, February 16-18 with the NCCAA SW Region tournament at Randall University the following week, February 23-25.