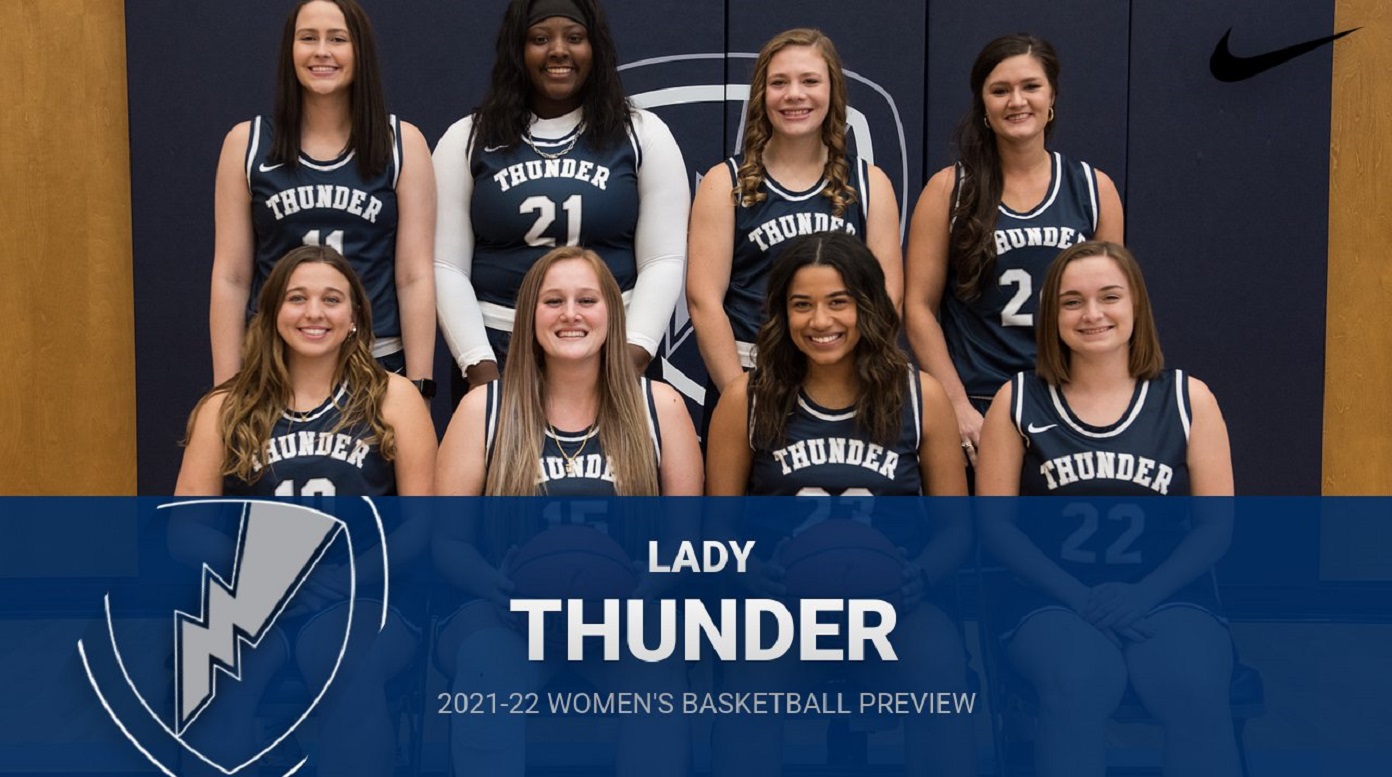 The small, but mighty Lady Thunder made a statement last year, showing that even with no bench for most of the season, five players can play 40 minutes and compete till the end. Under second year head coach, Mindy Eckert, the Manhattan Christian Women's Basketball team looks to continue where they left off. Returning three top performers from last year plus the addition of two solid transfers, coach Eckert is excited to see what this year brings. "I thought we ended last season in a good position, under all the circumstances. That group laid a great foundation for us to build off. I am extremely proud of that."

The 2021-22 squad sees the return of top scorer in sophomore Roni Harris, who averaged 21ppg as well lead the team with 63 steals. Harris, a dual sport athlete, brings quickness, lights out shooting from outside as well as the toughness to battle around inside. Transfer Kayleigh Mannering looks to add not only scoring but great ball handling skills and the aggressive ability to get to the rim as well. "Getting a kid like Kayleigh was huge for us. She and Harris are so much alike but at the same time so different, which I think will be, at times, hard to guard," stated Eckert.

Returning senior Jordan Lewis, and sophomore Tristen Heiden look to bring much needed leadership and basketball IQ. Lewis will once again run the point position, an unfamiliar role that she stepped into last year and made great strides, averaging 4.6 assists per game. Heiden will bring length and that lockdown defense that is much needed. Averaging 6.8 rebounds with 79 of those rebounds on the defensive end.

"Jordan took on a role that was very new and never once complained. She worked hard and fully understood her role. As for Tristen, she is the type of kid who is going to get you a stop when you need it. I have so much faith in her defense," commented Eckert.

In addition, sophomore transfer Karlee Wahlmeier will be a much needed presence underneath the basket. Freshman's Karrigan Dunstan and Maggie Hayes bring more scoring as well as aggressive defense.

The Lady Thunder look to start play this coming Saturday in an exhibition game against NAIA Benedictine College in Atchison, KS. They will open home play November 5 & 6 in the Manhattan Christian Classic.