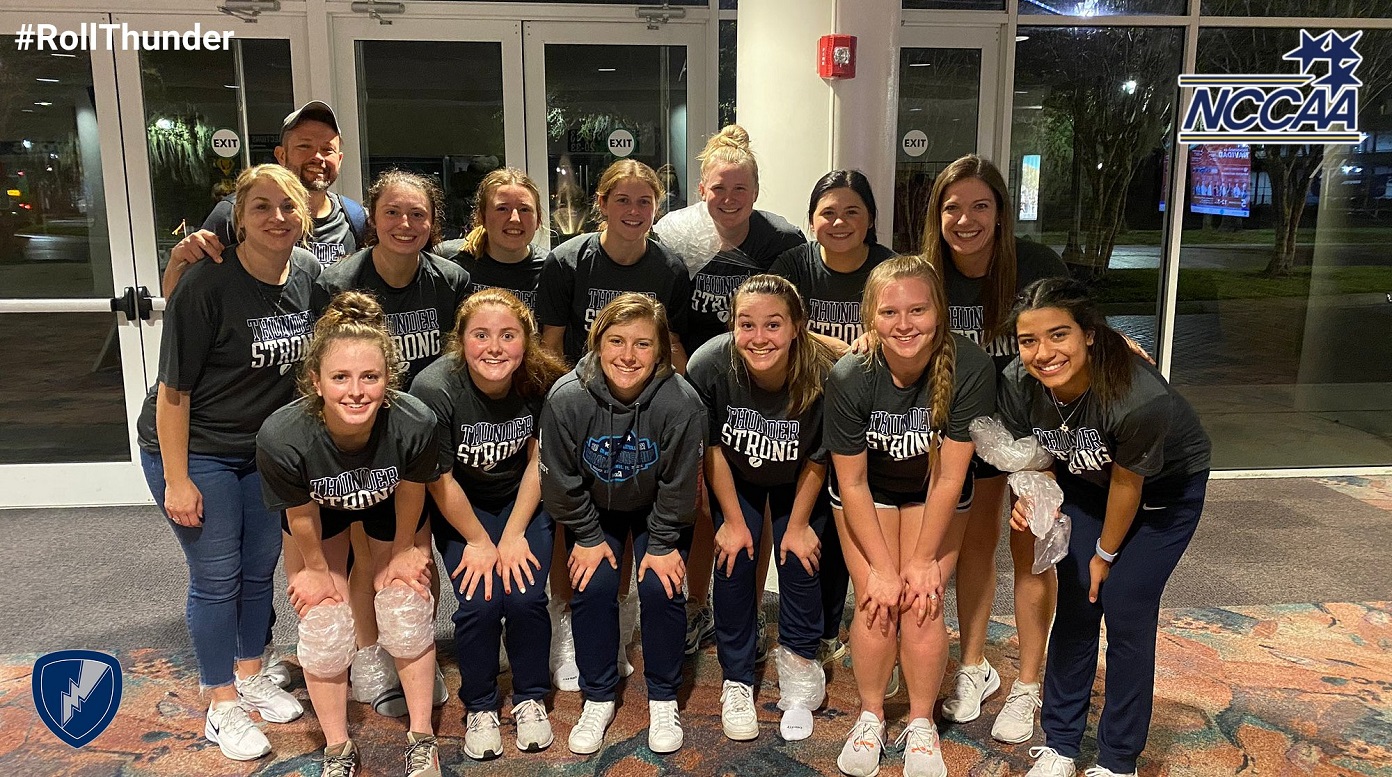 Thunder Volleyball is leaving it all on the court at the NCCAA National Tournament. In the first time since 2013, Manhattan Christian is heading back to the final four, the fourth appearance for head coach Lauren Sanders.

“It is an amazing feeling to be in the Final Four! This team has shown so much heart over the past few days. They truly are leaving it all on the court and playing great volleyball,” commented Sanders

Opening play Thursday afternoon against #7 Johnson University (FL), Manhattan Christian pulled off the 3-0 win (25-19, 25-22, 25-22). Friday morning saw a tough battle with #6 Pensacola Christian College. PCC took the first set 27-25 but MCC was not giving up. Seeing themselves down early in the second set, the Thunder fought their way to take the set as well as steamrolling their way over the Eagles in the third (25-23, 25-12). Too many errors for the Thunder in the fourth, set up a 5th set between the two teams. Getting up 5-9 early in the fifth set, the Thunder only allowed the Eagles to score 3 more points, winning the match 15-8.

In a Southwest Region match up with #3 Dallas Christian College, a squad who Manhattan had beat twice during the regular season, would prove to be another tough competition of pool B. Dallas took a commanding set one, 25-12. A back-and-forth second set saw MCC prevail, 25-22 and from there never looked back. With a total of 43 kills in the last three sets, the Thunder dominated the attack over the Crusaders ending the game with 52 kills to their 32. Manhattan took the final two sets 25-13 and 25-12.

“Our offense put on a show tonight but wouldn’t have been possible without the incredible defense from the back row! It was an all out battle and it was beautiful to watch our plays coming together,” said Coach Sanders.

MCC finished up pool play 3-0, setting up an 11:30am CT Final Four match up against #1 overall seed Bob Jones University, who ended their pool play 2-1. If the Lady Thunder win, the Championship game will take place at 4:00pm CT.