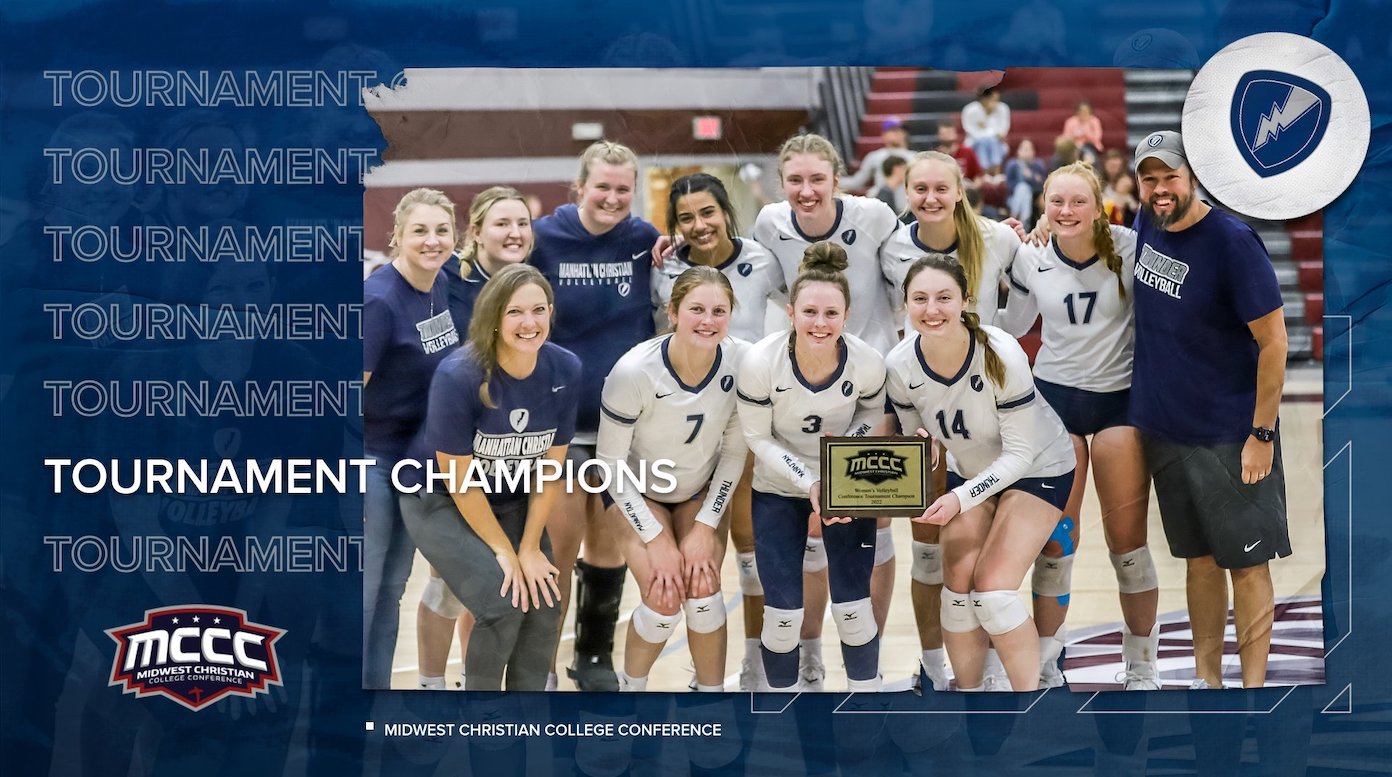 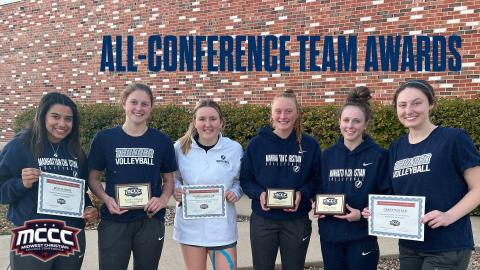 The Thunder volleyball team swept the competition and came away with the Midwest Christian College Conference (MCCC) Regular Season and Tournament Championship. MCC went undefeated in at conference play, only dropped 3 sets total over 12 matches. This is the fourth year in a row the team has won both regular season and the tournament and gone undefeated all four year. What an accomplishment for the Thunder!

In this year's tournament, MCC started bracket play in the semi-final match taking on the #4 seeded Calvary University Warriors. MCC controlled the match from the start and never looked back, taking the set in three (25-18, 25-19 and 25-7). Junior outside hitter Roni Harris led the team with 12 kills, 16 digs and 2 block assists. Freshman outside hitter Liv Lubbers was close behind with 9 kills, 1 ace, and 12 digs. The team collectively finished with 43 kills and a .314 attacking percentage.

Next up would be the Championship match against the #2 seed and host school Faith Baptist Bible College. MCC started off incredibly hot with an unstoppable offense and strong serves from the serving line. In the first set MCC hit .242 and the second set an amazing .517. The third set would wake Faith up a bit and they would push MCC in a scrappy defensive battle. However, MCC would hold onto the match taking the third set 26-24.

Next up for the Thunder will be the SW Regional Tournament which MCC will host November 4-5.