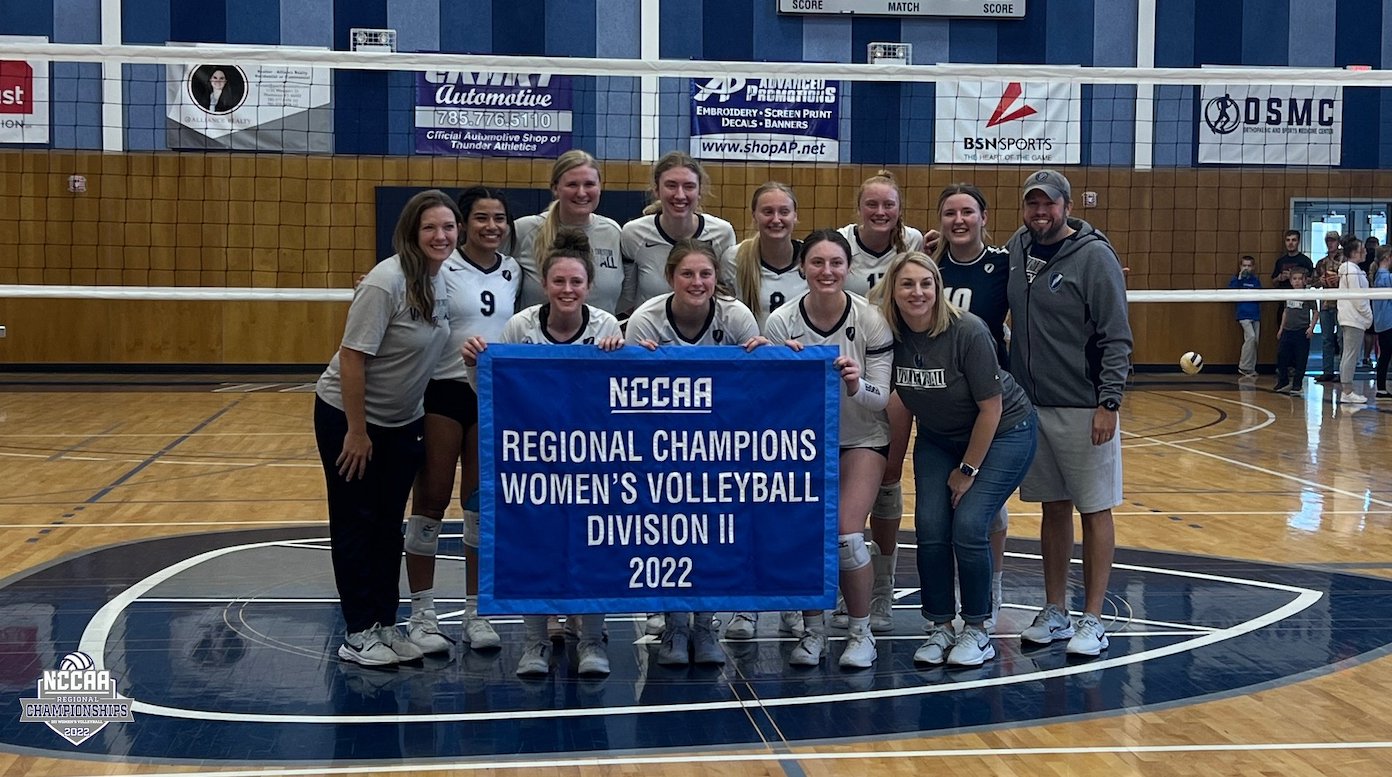 MCC came into the single elimination tournament as the #2 seed. The first round match up would bring on the #7 seed Ozark Christian College. The Thunder easily controlled the match winning in straight sets 25-10, 25-8 and 25-14. Freshman right side hitter Hali Bloomdahl had a breakout match leading the offense with 10 kills on 20 swings and two block assists.

In the semi-final match the next morning, MCC would face the #3 seed Dallas Christian College. The Lady Thunder continued very strong play and swept DCC 25-12, 25-14 and 25-11. The offense was led by senior middle hitter Brenna McNellis and freshman outside hitter Liv Lubbers with 9 kills each. Lubbers and junior libero Dani Sinclair each contributed 10 digs and 2 aces. Junior outside hitter Roni Harris added another 12 digs to an outstanding defensive performance by the MCC squad, holding Dallas to a .021 attacking percentage on the match.

The championship match would bring on a rematch with the #1 seed Arlington Baptist University. MCC had previously lost to ABU earlier in the season in a heart breaking 5 set match. The first set was a back and forth battle that MCC couldn't finish dropping the set 25-27. The team would regroup and rally in the second and third set winning 25-22 and 25-17. The third set would bring out the fire in ABU, the started out hot and pulled to a 21-15 lead looking to finish out the set to force a tie breaker 5th set. However, MCC was not going out with out a fight. Senior setter Elise Corbett would head to the serving line at 16-21 and the Thunder squad would go on a 9 point run to take the set 25-21 and win the match!

MCC did not let up offensively or defensively with a total of 47 kills, 2 aces, 82 digs and 7 blocks as a team. ABU would be held to a just a .036 attacking percentage.

"What an amazing tournament for our team! To be able to win the Regional championship, in our home gym ,in front of our families, friends and student body was incredible! I am so proud of our determination, fight, drive and joy that we saw on the court all weekend! We are looking forward to competing once again at the National Tournament, this time as the region representative! What a season for this group, so proud of each of them!

The team will anxiously wait for seeding information over the next week for the National Tournament in Kissimmee, FL. Information on the tournament will be released as we are able to. The tournament website can be found here: NCCAA DII Volleyball Championship