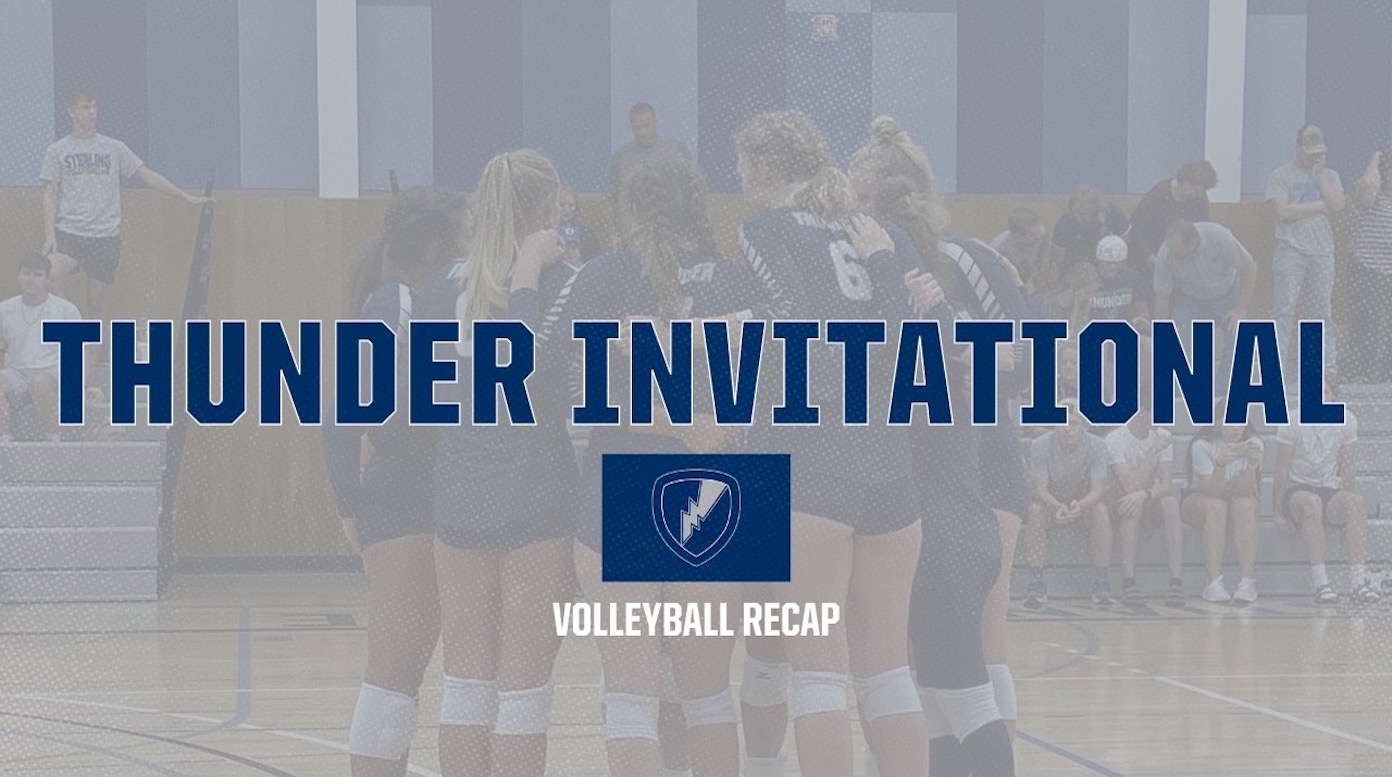 Lady Thunder Volleyball kicked off the 2022 season with a bang! After hosting 4 NAIA teams in the Thunder Invitational this weekend, Thunder Volleyball came away with 3 wins and 1 loss. This was an incredible weekend of volleyball with 8 of the 10 matches going into extra sets!

First up for the squad was Cottey College from Nevada, MO. Last season, MCC split with Cottey so the team was ready for a rematch! It was quite the match with MCC taking the first two sets, before Cottey would roll back to take the next two forcing a 5th set. MCC started out strong from the first serve of the 5th set, taking control quickly and never looking back, winning 15-8.

The second match of the day would bring Sterling College, from Sterling, KS. After regrouping from the intense first match, the small Thunder squad fought hard, but couldn't come away with the win. "I was pleased the see the team rally in the third set to take that set and force a fourth. I wish we could have held on to push to the 5th. We fought incredibly hard! I was so proud of the determination of all the players!" said Coach Sanders.

The next day would continue to be a competitive day of volleyball. MCC took on Stephens College from Columbia, MO. "This was one of our best matches of the weekend," said Coach Sanders, "Our defense and blocking was on point the entire match which helped run our offense exactly how we want!" MCC would get its first sweep of the season winning 3-0!

The final match up of the weekend was against Central Christian College of McPherson, KS. This match gave our fans their money's worth also going to 5 sets. The Lady Thunder dropped the first two sets and looked to be outmatched, but after the team huddled together and rallied they would storm back and take the next two sets, forcing a 5th and deciding set. The Thunder would serve strong at the beginning and took control early getting to 8 first. After the side switch it was all MCC taking the final set 15-9.

"This was an incredibly long, competitive weekend of volleyball. Every team was so evenly matched. This was exactly the weekend we needed to jumpstart our season and show the team what they could truly accomplish. 4 NAIA matches in one weekend is a tough way to start, our new faces on the team handled the competition well and our experience returners new what they needed to do to get it done! We are so proud of this group. Looking forward to the rest of the season! said Coach Sanders.

As a team the Thunder had 221 kills with an attacking percentage of .222 and 13 kills per set. Incredible for the first weekend of volleyball!

Next up for the Lady Thunder will be the Midwest Christian College Conference Classic in Belton, MO at Calvary University. MCC will play Emmaus Bible College on Friday and Faith Baptist Bible College on Saturday.