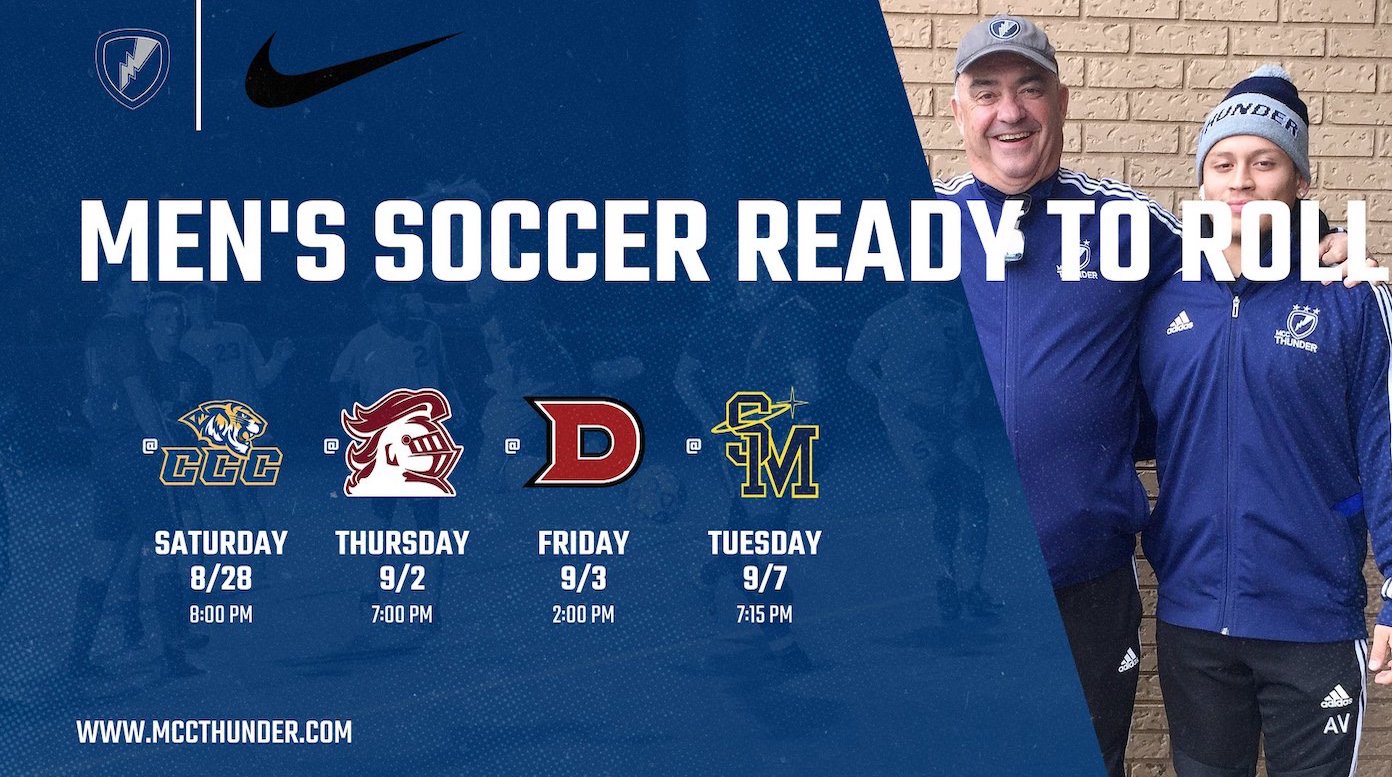 Hall of Fame coach Dr. Rick Wright and the men's soccer team kick off the 2021 campaign this Saturday as they travel to McPherson to take on the Tigers of Central Christian College. Coach Wright enters his 31st season with an overall record of 396-122-11. A brand new member of the NCCAA Hall of Fame, Wright and his squad will be gunning with national tournament aspirations.

"We were frustrated with the COVID situation at the end of last season that kept us from the national tournament. We have returners and new guys in. We're hoping to play in Florida in November," Wright said.

Part of the excitement of the year is the return of seniors Angel Vasquez and Corey Bates, the two leading scorers from a year ago. Along with Vasquez and Bates the Thunder bring in a recruiting class of 20 guys from various parts of the country.

"Our recruiting class is something that we're proud of. We believe we have a good group of men that will compete for 90 minutes each time out," stated Wright.

Along with the excitement of the year comes the celebration of Coach Wright's illustrious career. After almost 400 wins and three national titles Coach Wright will be hanging it up at seasons end.

"I'm thankful for Coach Wright and his influence on this program. His accomplishments speak for themselves, but he's modeled leadership for over 30 years and we will miss him in future seasons," said Jordan Strom, Director of Athletics.