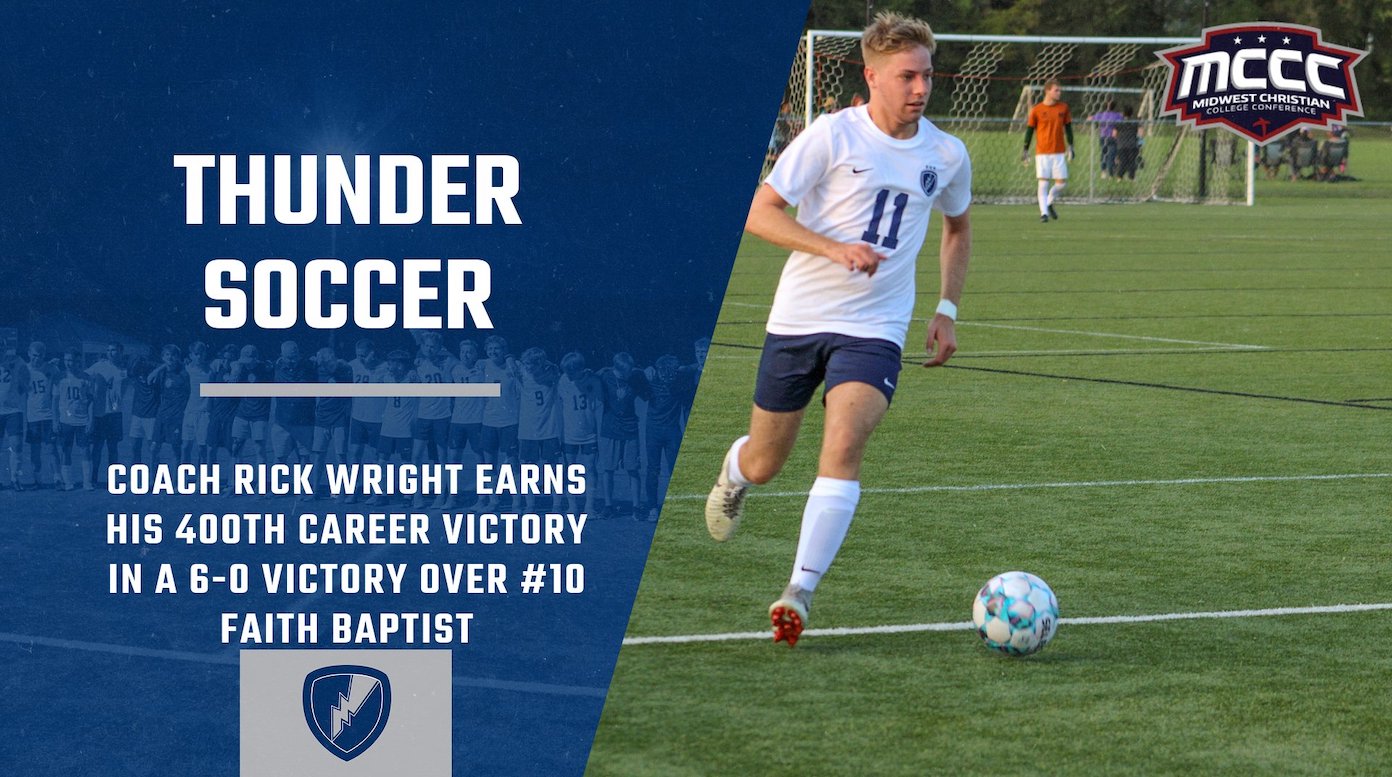 Dr. Rick Wright earned career victory number 400 on Saturday with a 6-0 victory over the #10 ranked Eagles from Faith Baptist Bible College. The six goals were evenly scored with sophomore Jon Moon getting the party started in the 6' minute off a header assisted by senior Angel Vasquez. The scoring would continue from there as freshman Cody Couch knocked one in unassisted followed by another goal from Moon off of a dime by freshman Caden Miller.

The Thunder would lead 3-0 at half. In the second frame the game would see more of the same as Vasquez, Cristian Faz and Michael Self would join the party and knock in goals for the Thunder. The win is #400 in the career of Coach Wright. The 2021 NCCAA Hall of Fame inductee will see a magical run come to a close at the end of this season. Wright is a multiple time winner of the National Coach of the Year award and has three national titles with MCC on his resume.

The Thunder will be back in action tomorrow at 3:00 pm as they play host to Kansas Christian College in a Southwest Region showdown.