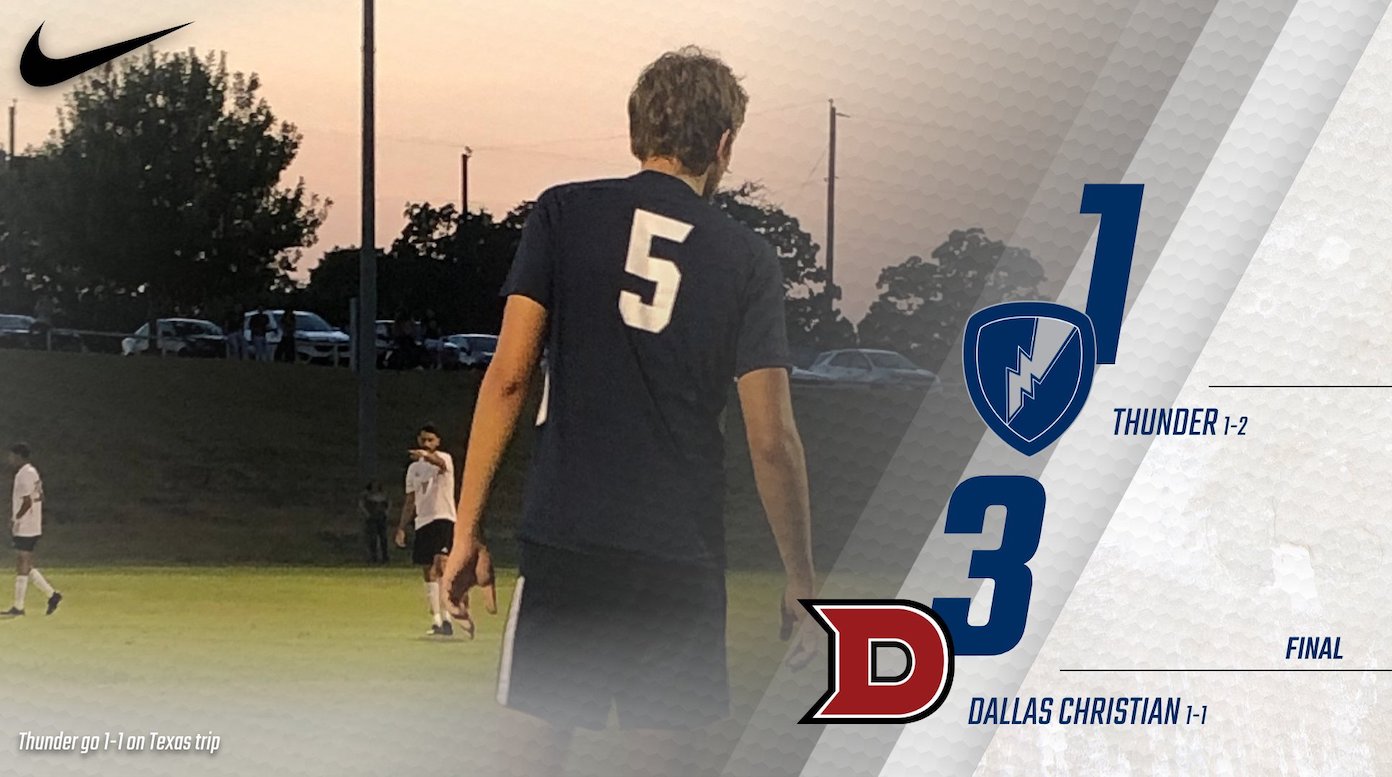 After a tough start to the season last weekend at Central Christian College the men's soccer team found themselves in the win column after going 1-1 on their trip to the metroplex. Thursday evening the Thunder traveled to Southwestern Adventist University for a region matchup with the Knights. The evening turned out to be a memorable one as MCC jumped all over SAU leading 3-0 at the halftime break. The second half onslaught was more of the same as the Thunder piled on two more goals to take home a 5-0 win and the 397th in the career of Coach Rick Wright.

Friday's tune was more of a somber one as the Thunder traveled back north to Dallas to take on NCCAA DI opponent, Dallas Christian College in a 1:00 pm start. The Thunder would statistically dominate the match as they took 23 shots with 13 on goal compared to the 12 and 8 that the Crusaders would take. Possession favored the Thunder, however, they were only able to find the back of the net once on a goal from Ethan Hill in the 74'. Dallas would score three times on well timed attacks to take the victory 3-1.

"I'm proud of the progress we saw this weekend. The win on Thursday night was what the team needed and we would have liked to take the Friday match, but it just wasn't in the cards," stated Coach Wright.

MCC will be back to it on Tuesday night as they travel to Leavenworth, KS to take on the Spires from the University of St.Mary.