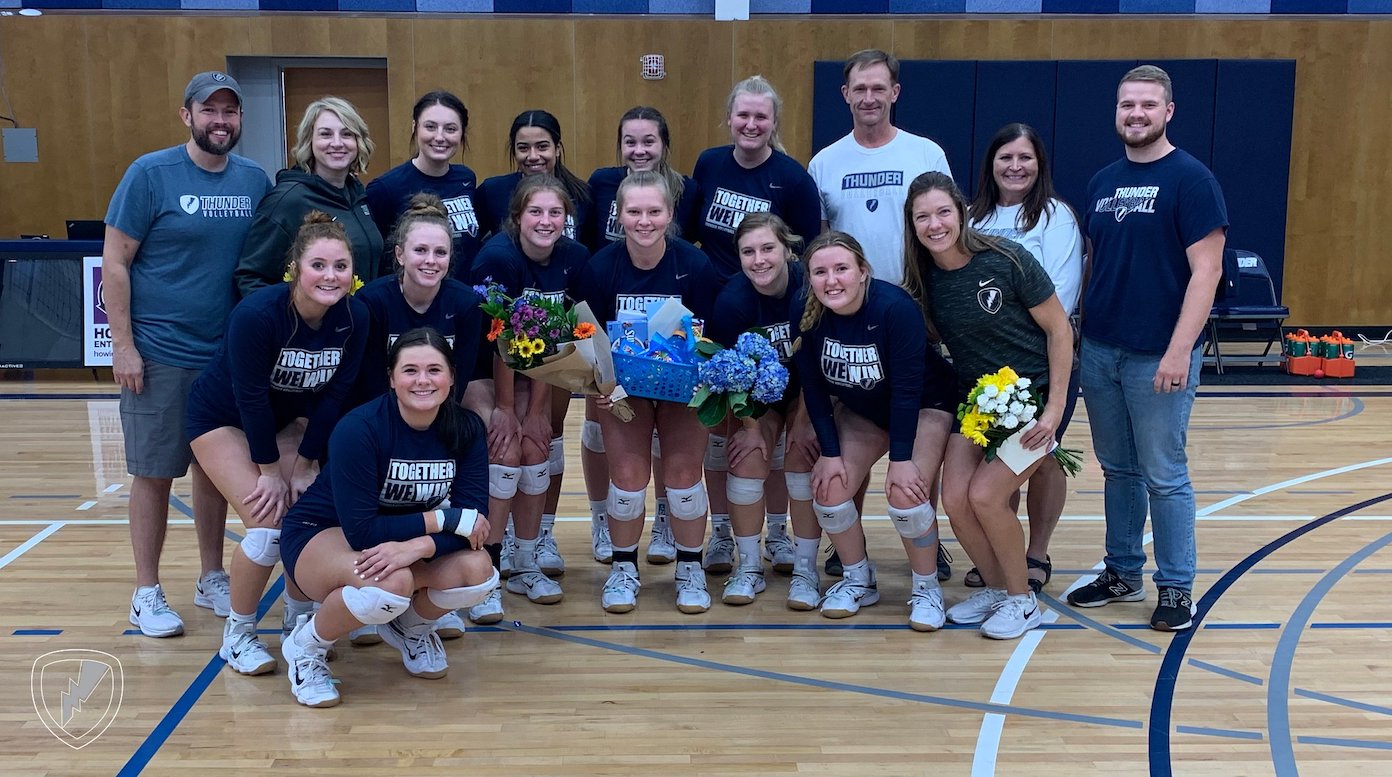 Going to college during the pandemic has made everything feel at times as if it were moving in slow motion and then other times at the speed of light. At almost two years long seniors today were only sophomores at the beginning of this and have had to adapt to constant change in every aspect of life. On Friday night at Howie's Activity Center the MCC Volleyball team celebrated their loan senior, Grace Shurts, with two 3-0 victories over Kansas Christian College and Ozark Christian College.

On the floor Shurts shined as a statistical leader. The former conference MVP and all-region selection finished in the top three on the team that night in multiple categories as the Thunder were able to advance their record to 12-3 on the season. That 12-3 start is the best 15 game start for the program since the 2013 season when that team advanced all the way to the NCCAA final four.

More importantly than her statistical value Shurts showed once again why she has been the constant leader for the team. As Coach Sanders said during the senior celebration, "Grace has been a constant Christ-like presence on our team over the last four years and she will be sincerely missed." Grace Shurts and the rest of her teammates will be back in action on Tuesday night as they play host to Calvary University for a 7:00 pm first serve.