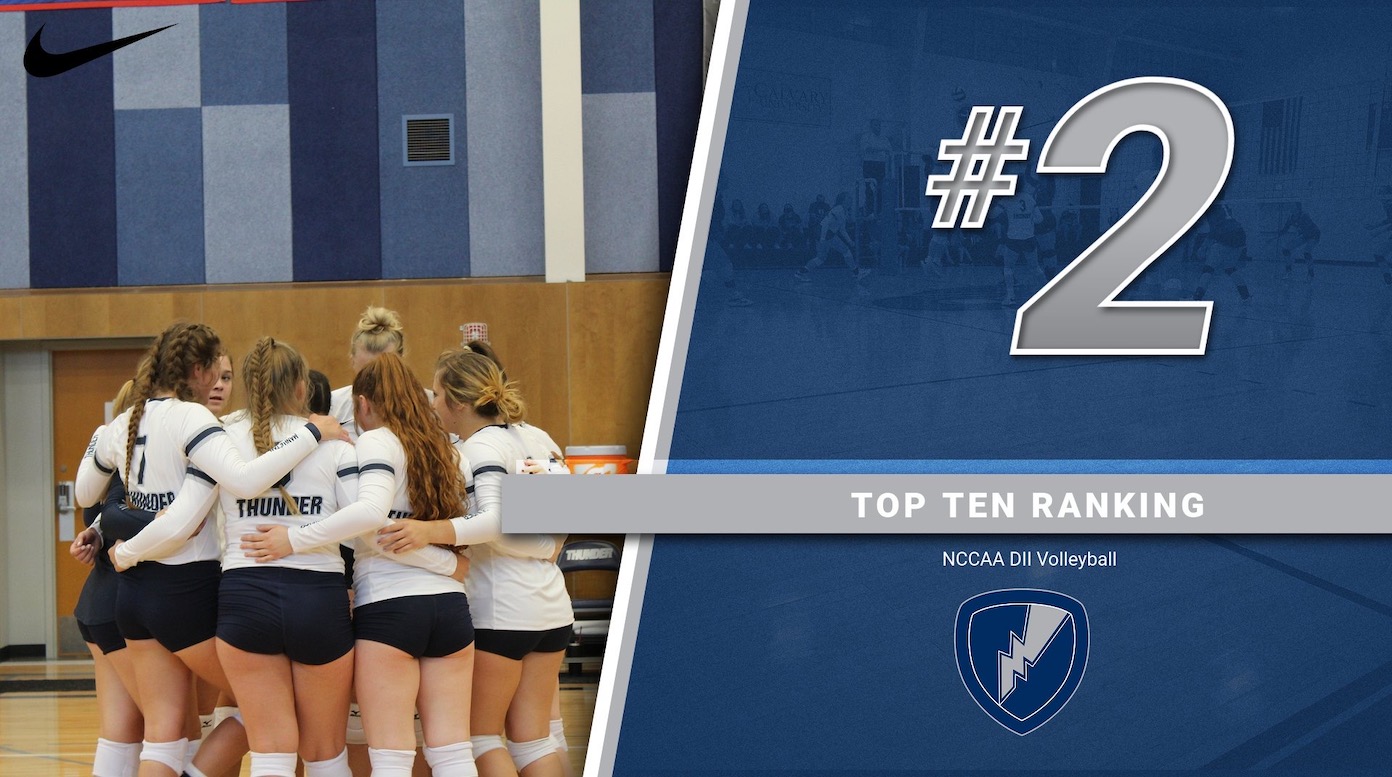 In the first NCCAA II Top Ten Coaches Poll of the season the Thunder Volleyball team finds themselves as the #2 ranked team in all the land. After a 6-1 start to the regular season, including a 3-1 record against NAIA competition, MCC earned 38 points in the poll leaving them only one point shy of being ranked number one. Along with MCC there are three other NCCAA SW Region teams ranked in the top ten with Randall at #4, Arlington at #7 and Dallas at #10. Conference opponent, Faith Baptist, found themselves ranked #9 in this weeks poll.

MCC is back in action tonight at Kansas Christian College at 7:00 pm. You can see the poll in it's entirety here.