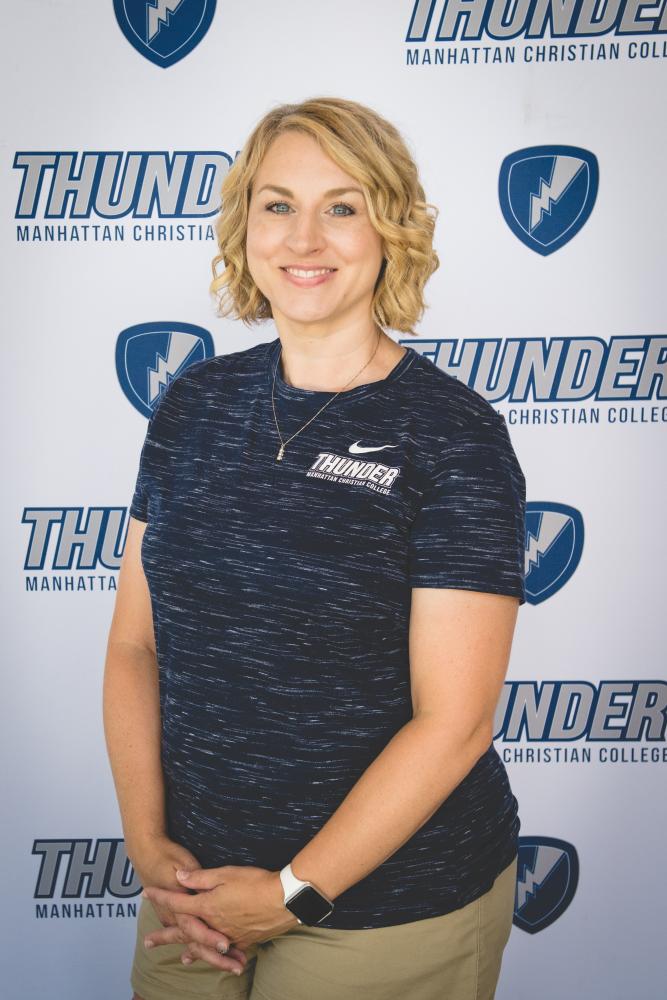 Lauren Sanders is the head coach for the Manhattan Christian College Lady Thunder. Coach Sanders has been the head coach of the Thunder Volleyball program at MCC for seventeen seasons with an overall record of 378 wins and 171 losses.

Coach Sanders’ goal is “Reaching for Excellence.” She plans to continue to work to build a strong, competitive program that will always be reaching for excellence, on and off the court.

Coach Sanders is married to Ray Sanders, who is an Associate Head Coach for the Thunder Volleyball team and they have two children, Tucker and Nash.